“What we call love is all sorts of things, except mostly love.”

The trailer is here!!

Well, if any man in the military state of Prussia knew about love, it was Theodor Fontane. In his novels he set touching monuments to it, as he did to his female characters, but also to his love of his homeland. Instrumental music of his time, songs that set his most famous poems to music (“Ribbeck”, “Heimat”, “Frühling” and others), and of course readings commemorate the 200th birthday of the Huguenot Prussian [fɔɔ̃.tɛn].

On the occasion of his 200th birthday, we remember him in instrumental music, in songs (“Ribbeck”, “Heimat”,
“Spring”, etc.), and of course in readings, we remember him as a man who continues to provide answers – and hope – to the
questions – and gives hope:

was born in Detmold and grew up with his two brothers in Berlin. There he came at the age of 15 years for the first time in contact with the theater and learned in initially small roles the Staatliche Schauspielbühnen Berlins under Hans Lietzau and Boy Gobert.

Here Hans Neuenfels discovered him for the role of “Ottokar” in his film Schroffenstein after Heinrich v. Kleist. The film was shot near Salzburg, where he then also began his training at the Mozarteum. After drama school, he took the long road through the provinces via Heidelberg, Aachen, Stuttgart and Marburg, finally returning to the Grips Theater in Berlin. With wonderful tours of the play LINIE 1 to Australia, New York and Jerusalem almost 5 years passed, until for the time being film and television came to the fore. 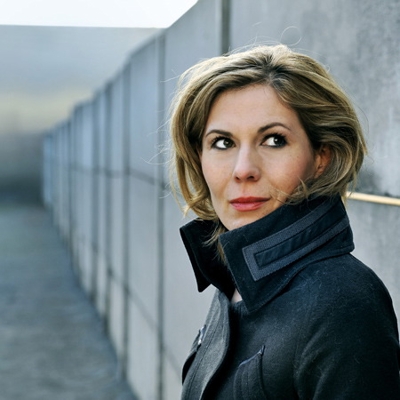 Anna Barbara Kastelewicz founded two project orchestras, the “neue barockorchester berlin”
and the “neue konzertorchester berlin”, which she conducts herself as concertmaster. From 2007 to 2013 she was the artistic director of the “Musikfestival Lüneburger Heide”, and in 2016 she founded “Kulturschlaglicht / Brandenburgische Kulturfestspiele in Schlösser und Gärten”, a festival that combines musical performances with light and sound design, lectures and guided tours of the historic sites with their special flair. Born in Kiev, the Ukrainian-born pianist received her first piano lessons at the age of five. From 1997 to 2000 she studied at the R. M. Gliere Conservatory there and attended master classes with D. Joffe, N. Fischer, B. Goetzke and L. Berman. In 2006, after five years of study in the class of Prof. Galina Ivanzova at the Hochschule für Musik “Hanns Eisler” Berlin, she passed her diploma and in 2008 her concert exam.

During the years of study she won the “Vox Populi” prize at the Kiev Festival “Regina and Vladimir Horowitz- in Memoriam” (1997) and was a prize winner at the international competitions “Tradition and Present” in St. Petersburg, Russia (1995), “Art of the 21st Century” in Worsel, Ukraine (1999) and the International Competition for Young Pianists in Ettlingen, Germany (2002). In 2007 she won the Berlin Steinway Competition and became a scholarship holder of “Yehudi Menuhin-Live Music Now e.V”.

Since 2009 she has played in various theater performances with the Staatskapelle Berlin,
the Orchestra of the German Opera Berlin and the German Film Orchestra Babelsberg.